Written by Harry Blake | Directed by Jennifer Fletcher in collaboration with the Company.

The company is generously supported by the Andrew Lloyd Webber Foundation. 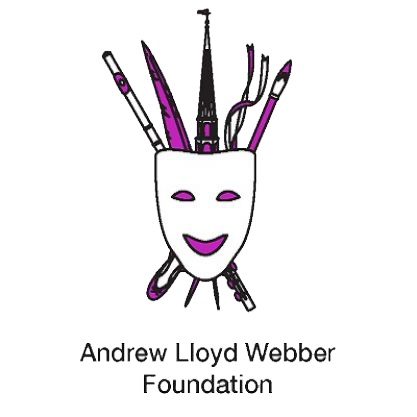 The BRIT School, the UK’s leading and free performing arts and technology school, will team up with award-winning playwright Molly Taylor and Director Matt Hassall to premiere the play What Was Left which will also run in rep with a brand new musical The Sandman written by Harry Blake and directed by Jennifer Fletcher.

Simon Stephens, Producer of Andrew Lloyd Webber Foundation Bridge Company says, “We are thrilled to be able to commission two brand new pieces and extend the opportunity to involve more young people than ever before. We are excited to have found a home for this work at Southwark Playhouse which has such a fantastic reputation as a venue for the UK’s most innovative emerging companies.”

What Was Left presents a year in the life of three siblings who are learning to survive in unknown territory, struggling with trauma and mental health as the world around them is falling apart.

Loosely based on the short story by E. T. A. Hoffmann, The Sandman features fierce fashion, jump scares, the supernatural and a bold contemporary score in the story of a nightmarish character from childhood who steals people’s eyes and stalks a talented young artist who is about to start university.

Both shows are produced through the School’s unique training initiative entitled Andrew Lloyd Webber Foundation Bridge Company, which creates and presents dynamic, socially relevant work in a professional context, serving as a link for young actors between education and professional practice. The course is two days a week allowing students to secure paid employment from a part time job in conjunction with their training. Alumni include; Jake Davis (Black Mirror, XY), Eric Abrefa (Jurassic World: Fallen Kingdom, Julie, A Taste of Honey – National Theatre), Jovian Wade (The First Purge, Doctor Who, Eastenders) and more recently, Rhianne Barreto who won the U.S. Dramatic Special Jury Award for Acting for her performance in Share at Sundance Film Festival.

ABOUT AND EDITORS’ NOTES

Molly Taylor is an award-winning playwright and theatre-maker from Liverpool.

Her one-woman production Extinguished Things enjoyed a sell-out run at the Edinburgh Fringe 2018, and won a Critics Circle Award at the Adelaide Fringe 2019. Last year she wrote Cacophony for the Almeida Theatre Young Company (19-25) which had a sell-out run in July 2018, and transferred to The Yard in February 2019.

Molly has worked extensively in the participatory sector, making original performances inspired by the everyday, most recently Philoxenia (Bush Theatre), made with a 20-strong community company, ranging from 10 – 86 years old, and  See Me Now (Young Vic), a daring show made with and performed by male, female and transgender sex workers.  Recent plays include; Shell and Davey at the Start and the End (VAULT Festival), And Yet it Moves (Young Vic Taking Part), My Desert Island (Old Vic New Voices), Love Letters to the Public Transport System (National Theatre of Scotland), Make We Waka (Lagos Theatre Festival).

Matt Hassall is a theatre director who is originally from Manchester and now based in London. He is a Resident Director at the Almeida Theatre and was the Young Company Director at the Royal Exchange Theatre from 2014 - 2018, seeing the company win School of the Year at The Stage Awards in 2018.

As director his work includes: Mixtape, We Were Told There Was Dancing (Production of the Year nominee in the Manchester Evening News Awards) and The Factory (Manchester Theatre Award nominee) all at the Royal Exchange Theatre, then The Ballad of Rudy(New Wolsey Theatre), Be/Longing (Hope Mill Theatre), Shooting the Messenger, The Delegation and I Forget Your Name(Take Back Theatre), The Burnley Buggers Ball (Touring, Inkbrew Productions) and In My Bed (24:7 Theatre Festival - MTA nominee for Best Fringe Production). Matt has also made work with Contact Theatre, Bolton Octagon Theatre & The Lowry.

Matt is also a facilitator and practitioner. He has worked as an Acting Tutor at Mountview Academy of Theatre Arts and is an Artistic Associate of the National Youth Theatre.

Jennifer Fletcher trained in Dance Theatre at LABAN and has since worked as a Choreographer, Director and Theatre Maker in Opera, Theatre and Film. She continues to direct productions for the two companies she co-founded (The Mostly Everything People and NOVA) that are presented internationally. Both work with multiple disciplines and methods of combing text, movement, live music and language.

Harry Blake is an award-winning composer and writer. He has currently writing music for the stage adaptation and UK tour of Captain Corelli’s Mandolin and earlier this year created music and sound for Wild East at the Young Vic. In 2017 he was appointed Cameron Mackintosh Resident Composer at West Yorkshire Playhouse.

The BRIT School was set up in 1991 and provides a free education and vocational training in performing arts, media, art, design and technology for 14-19 year olds. Since then over 9,000 students have passed through its doors including global talent ranging from Adele, Katie Melua to Jessie J, Ella Eyre and Loyle Carner and 2019 hotpicks Freya Ridings, Jade Bird and Octavian; to actors such as Tom Holland (Spiderman), Cush Jumbo (The Good Wife) and Ashley Thomas (24:Legacy).

The BRIT School is a non-fee-paying State School and students are selected on aptitude and commitment to the arts regardless of background, additional educational needs, diversity and income. It reflects the diverse demographic of talent that represents Britain today and launches careers of talented young people who face financial hardship and would not otherwise afford a comparable arts training. Students who have completed two or four years of education at The BRIT School (internal students only) can apply for The Andrew Lloyd Webber Foundation Bridge Company after Year 13.

The Foundation was founded by Andrew Lloyd Webber in 1992 to promote the arts, culture and heritage for the public benefit. Since inception, Andrew has been the principle provider of funding for all its charitable activities.

The Foundation believes that in order to retain vibrancy in the arts, it is imperative for young artists of all backgrounds and abilities to be nurtured and encouraged. The Trustees have been delighted that the Foundation’s support has in turn encouraged other individuals, organisations and public bodies to support these and similar projects this year and hope that this trend will continue for the future.

Director of Communications, The BRIT School

Music and Lyrics by Harry Blake