Georg has been a teacher at The BRIT School since 2001. His wealth of experience as a teacher and vocal coach has guided artists to achieve leading roles in London's West End and also to the top of the British pop charts. Georg believes that everyone has the ability to learn to sing and enjoy their voice. Whether you are a complete beginner or already an accomplished singer, your peripatetic tuition allows the possibility of a lesson completely tailored to your needs!

Georg gained a Bmus degree from Goldsmiths College, London and continued his postgraduate studies in advanced vocal development for 8 years at the School of Vocal Art in Russell Square.

He performs widely in musical theatre, cabaret, opera and jazz, touring the USA and the UK frequently. He is an accomplished Jazz pianist and has musically directed many productions including Carmen, Company, South Pacific, Kismet, Cabaret, and Grease. With his choir, the London Concert Chorus, he has performed all round the UK including at the Royal Albert Hall and Birmingham Symphony Hall.

He has been a vocal coach on Radio 4 and for Authority Management, who signed Georg's student Ella Eyre in 2013. 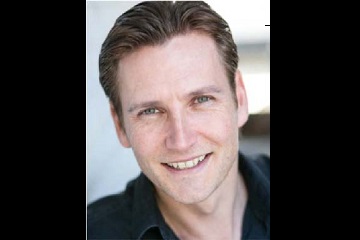