Jenny is thrilled to be involved as a Vocal Coach on ITV’S upcoming exciting series of “The Voice” and also “The Voice-Kids” which launched in 2017.

Jenny spent many years as the vocalist of the National Youth Jazz Orchestra, she toured extensively with them in the UK and abroad, and appeared several times at Ronnie Scotts where she is featured on many of their live albums including Cottoning on, In Control, and A View From The Hill. She is also featured on the compilation album Nite at Ronnies. She recorded the main soundtrack for the film The Brylcreem Boys, starring Gabriel Byrne, and Jean Butler, and sang at the Cannes film festival, where it was premiered, she also sang on the soundtrack of the highly acclaimed James Ellroy film L.A. Sheriffs Homicide

Downtime a dance album released by the band Playpen, features Jenny singing lead vocals on two co-written tracks, playing on many ITV and BBC and CH4. 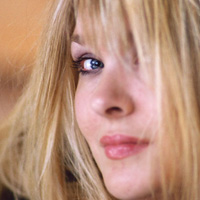